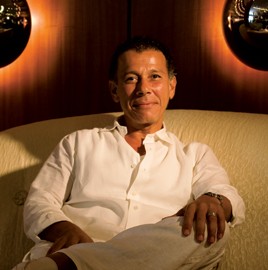 Raphael Reboh, Co-Owner of Femme Coiffure in Miami Design District moved from Paris, France to Montreal Canada with his siblings to open their first salon. All of the brothers had a special knack for hair-styling. About 20 years ago, Reboh saw an opportunity to open a salon in prestigious Bal Harbour, Fl and later Miami beach. Years of talented styling have granted to the hair expert an A-list clientele with stars including Jennifer Aniston and Cameron Diaz. Femme Coiffure boasts a modern interior design approach with a monochromatic white color scheme and hints of baby blue furnishings. Femme Coiffure offers a range of services including cuts, blow-outs, color and special offerings like Brazilian Blowout Smoothing Treatments. 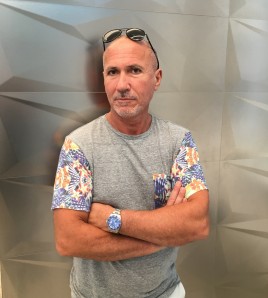 Daniel Reboh began training for hair in Israel. Told by his teacher this profession was not for people who just wanted to make money Daniel was undettered. He has been working with hair for over three decades and still loves what he does everyday. Daniel has even influenced his siblings to have the same passion. He has taken his talents all over the world from Tel Aviv, Israel to Toronto. His first salon opened in Montreal and Daniel Reboh has also trained in cities such as Paris and London. It is cities such as these that give Daniel his inspiration. Daniel also inspires himself to take new risk with hair.

Daniel Reboh Came up with the term Femme (woman in French) because he thought that a women’s hair should share qualities that all women embody. Hair should be sleek and shinny and move in the same way a women would. Hair should have natural body and be health and soft. Daniel strives to make hair healthier, no matter what the initial condition, he always wants a better result. Daniel knows that if clients use the products available in the salon and actually want their hair improved, in six weeks their hair will be completely transformed. 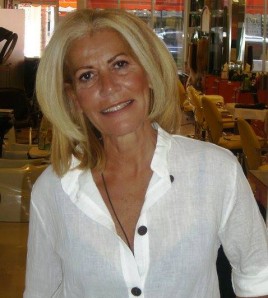 Flory Reboh is a celebrated hairdresser and Co-Owner at Femme Coiffure in Bal Harbour, Florida. Flory developed an interest in hairstyling at a very young age, wanting to replicate several of the celebrity hairstyles of the time on herself and her friends alike. She quickly found that she possessed a talent for tresses. Flory studied hairdressing in a specialized institute in Montreal and became so passionate about the topic that she became a hair educator. She has always immersed herself in the hair and beauty industry.  Hairdressing is all she does. Color and extensions are her main specialties and she also does haircuts. Flory has styled celebrities including the famous Dutch model Claudia Schiffer and the Russian tennis player Anna Kournikova and more recently the Mexican actress Kate Del Castillo. Flory is known for her friendly and welcoming demeanor, is tremendously passionate and has a very loyal and devoted clientele.

Marcel Reboh is a celebrated hairdresser and Co-Founder of Femme Coiffure currently at the InterContinental Hotel and Mamilla Hotel in Tel Aviv and Jerusalem. Marcel developed an intense interest in hairstyling at a very young age, always tending to his sister’s tresses. He quickly discovered that he was both artistic and creative and could invent styles on his own. Marcel then decided to study hairdressing in Paris at Alexandre, and then in Montreal and Miami. At the age of 18, Marcel launched his professional career and has been in the beauty industry for 3 decades.

Marcel is a hair designer and educator in his salons in Israel. To his credit, Marcel has styled celebrities such as Barbara Walter, Joan Rivers and Mary Tyler Moore. This a-list client led to referrals and ultimately working with additional celebs including Sharon Stone, Paris Hilton, Claudia Schiffer and Cindy Crawford. Professionally, Marcel travels frequently between Paris and Italy, and most recently styled the Kardashians in Paris and Italy for Kim Kardashian’s prestigious wedding to Kanye West and also the French singer Helene Segara. Marcel Reboh is currently developing a new product line in Israel with Keratine. 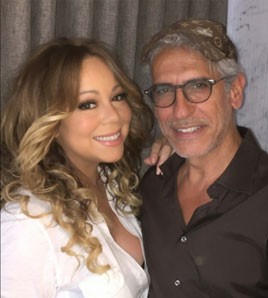 Gabriel Reboh, Co-Owner and co-founder of Femme Coiffure in Miami Beach and Israel. About 20 years ago, Reboh saw an opportunity to open a salon in prestigious Bal Harbour, Fl. Years of talented styling have granted to the hair expert an A-list clientele with stars including Mariah Carey and Jennifer Lopez. Femme Coiffure offers a range of services including cuts, blow-outs, color and special offerings like Brazilian Blowout Smoothing Treatments.