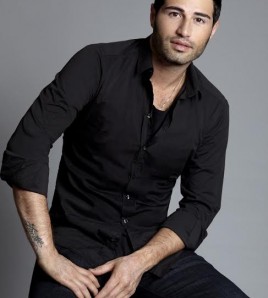 Raised in the sunny state of California, Alen discovered his passion for the art of hair coloring at an early age. He started his career in the hair industry at the age of twenty-two, apprenticing with the famed celebrity hair colorist Johnathan Gale, at the Serge Normant Salon in Los Angeles. There he began learning from the best on how to create natural and healthy looking hair.

Alen’s work is influenced by California’s sun-kissed natural colors. He creates signature colors that are formulated to compliment ones eyes and skin tone for a beautiful natural look. Alen enjoys seeing his clients leave the salon feeling sexy and confident about themselves and their new transformation.

Today, Alen M is one of Hollywood’s most sought after colorists and caters to Hollywood’s biggest names. Alen is currently taking appointments in Los Angeles, New York City and Miami

As a stylist and colorist for over 21 years, Luis Canas has worked in New York City’s best salons and until recently had his own exclusive Salon within Equinox Fitness Clubs on Lexington Avenue and 63rd Street.

Luis was born in Portugal…

Born in Portugal, traveled all of the world working for Princess Cruise Lines.. settled in New York City for many years and currently residing in Miami Beach, but still visiting the city every few weeks to see family, friends and clients. As a stylist and colorist for over 21 years, Luis Canas has worked in New York City’s best salons and until recently had his own exclusive Salon within Equinox Fitness Clubs on Lexington Avenue and 63rd Street.

Luis was born in Portugal and began styling hair in the unlikely training ground, the Air Force. After being trained under the finest tutelage in Lisbon, he was hired by the elite Princess Cruise Lines. During his luxury tenure, Luis was able to travel the world and develop an international portfolio of clientele, which include such celebrities as comedian Jerry Seinfeld, newswomen Connie Chung and Leslie Stahl, and model Natalie Laughlin.

Luis arrived in Manhattan in 1993 and was fascinated with the high-energy fashion scene. He has introduced his European and international techniques to the American salon industry. He specializes in “pintura” – a Portuguese name for masterpiece – known as boliage (painting on highlights) and modern cutting techniques.

Luis has the ability to change people’s looks with his European background and focus on personalized care. He is a specialist in Japanese Hair-Straightening and has a talent for creating beautiful styles and elegant color for his discerning clientele.